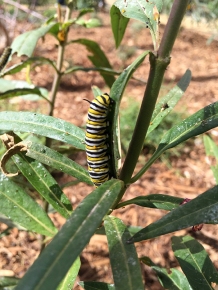 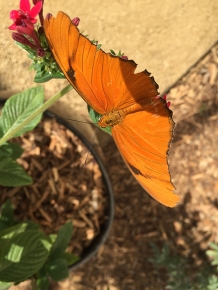 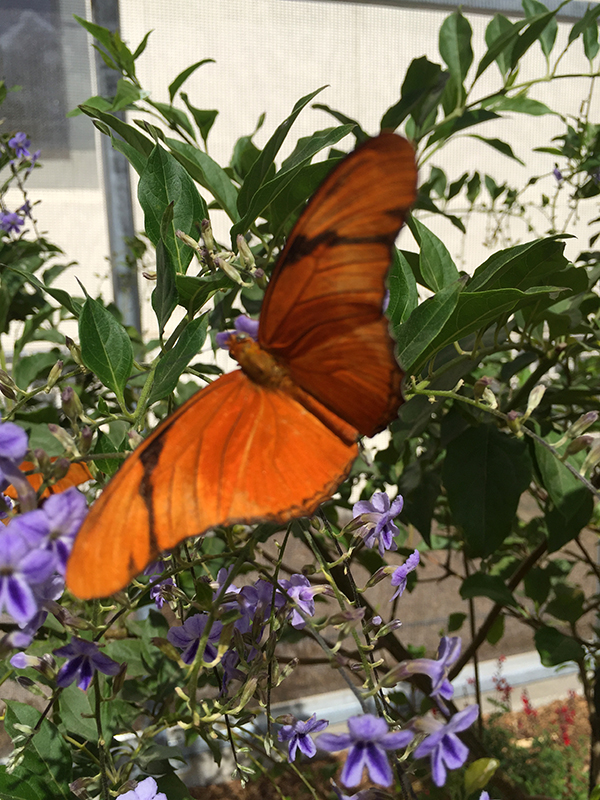 Our weekend adventure took us back to the Natural History Museum of Los Angeles. The last time we were here I got talked into purchasing a dual membership to the museum. It all sounded good and we would like to go more often and it just seemed like the right thing to do…SOLD! Flash forward to three months later…I’m still getting emails from the museum about all the awesome events they’re hosting. The butterfly exhibit sounds like something we would like to do and who knows…there just might be some inspiration to be found in the exhibit as well. We went on the last day of the exhibit, so it was now or never. We got up a little earlier than usual on Sunday, and made our way to see these beautiful creatures. Wow! They were a little more troublesome to photograph than the dinosaur bones, but I’m so glad we were able to get to see them. The exhibit was well planned and organized. I can’t say enough nice things about the museum. Now I need to get out my sketchpad and start working on my interpretation of the many things I saw today. The Spider Pavilion makes its debut on October 28th and I will go on record to say that I’m planning on going.

Quality Quilts From A Quilty Guy

My adventures in Quilting and Gardening

A Journey with Fibre

Exploring the possibilities of fabric and fibre

me and theo quilts